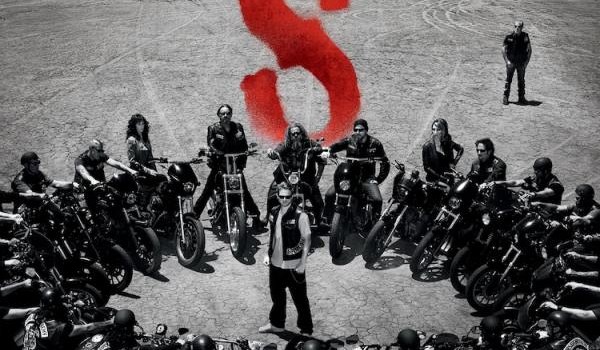 The boys are back in town

Sons of Anarchy, FX’s most successful drama since The Shield, heads towards a seemingly tumultuous fifth season. Jax is back as the new head of the dickies-and-scruff, cutoff leather-vested pack, after former boss Clay Morrow ungodly survived the, well, “perly” gates by a hairball string of hell last season.

Sutter must really like drinking beers with this guy.

But let’s not forget the wildcard in all of this, Tig, played by arguably the nicest guy in Hollywood — ay, he’s Canadian — Kim Coates.

“Oh, there’s confusion. [Tig] is now off the leash with Jax pres’ and Clay lying like crazy,” Coates quipped at the recent Boot Campaign Ride & Rally (held in the parking lot of The Happy Ending Bar & Restaurant, where 4 of your favorite nerd-clergyman hold residence — love to plug). “Big mistakes were made, the badge was ripped off, but Tig is still loyal to Samcro.”

Yet, with Jackson Teller at the forefront, what does it mean for the club’s ramifications?

Expect blood, of course — and Jimmy Smits as a peeeeemp!?

Season premiere starts.. well.. right now, or it started 3 hours ago — either way, you should be watching that and not reading this!

H to the Izzo

Throwing too many picks against sub .500 teams in Madden? NHL 13 looking a little too familiar to last year’s icy greatness? Care less about soccer?

Then NBA 2K13 should do the trick. While the 2K Sports staple had more bugs than Farmville last season, the NBA sim is still considered the best basketball game yet.

And after watching this explosive trailer — to the sounds of the one Biggie Smalls — there’s no doubting the new 2K can top that.

He’s on our side

Don’t lie, I know some of you were worried about Geoff Johns. “Oh, now that he’s Creative Chief Officer (of DC Comics), his writing quality will slip. And whadya know? Ever since the crappy movie, Green Lantern is sorta boring now.”

Well you can end that notion right there.

Aquaman — yes! Aquaman!! — has been the most consistent new title of the New 52 (meaning, new book that wasn’t around pre-52, like I, Vampire, which is also pretty great), Justice League at least has Shazam (the back-up is worth the $4 cost of the comic), and, yes, Hal Jordon’s book is back to being great again.

Except that it’s pretty much been missing Hal Jordan.

You see, ever since the Annual issue which went and confirmed what we already knew (that the Guardians are scum-sucking asshole sociopaths), Green Lantern is now more about the rise of the Third Army and the one elusive piece that might just help save it: Green Lantern #0. Johns completely flips the script on the zero issue, spotlighting an accused post-9/11 terrorist, simply caught at the wrong place at the wrong time; until he’s caught up at the right place at the right time, complete with combustible glowing green lamp.

For those fans of the scribe’s run from “Rebirth” all the way to “Blackest Night”, you can safely put your nightlights away and sleep easy — cause this shit gon’ be good.

We remember those we lost, those who fought, those who saved, and those who carry on. And who’s been a better trooper for the WWE in the past 20 years than Jerry Lawler?

Love him, hate him, or just plain-out annoyed by him (sometimes), “The King” has been just about the only man to remain a regular staple on WWE television throughout the Hogan Era, Attitude Era, ECW Invasion, PG Era, and the now current Reality Era.

Now, let’s hope he recovers to call another day.

The 62-year old Lawler suffered a severe heart attack during this past Monday’s WWE RAW, where “The King” served as both a wrestler and commentator that night. According to the LA Times, he remains heavily sedated in a Montreal hospital, in critical but stable condition.

Our congregation’s hearts and prayers go out to “The King” and his family.

Geoff has been an important mentor, friend, and idol to yours truly since my stay in Tinseltown. He even went so far as to allow this all-too green kid from Boston a freelancing chance.

The first time I witnessed Geoff at work was during his annual Hero Complex Film Festival — which screens a weekend full of iconic popular “geek” culture films, complete with Q&A’s involving the actors, directors, writers and creators.

You see, I didn’t move to Hollywood to become the next Johnny Depp, Steven Spielberg, or Brad Pitt (because I refuse to get fired from Central *wink, wink*). No, I moved to become the next, well, Travis Moody. But if I had to pick anyone I admire more than.. okay.. so my man-crush is on Mr. Stark, it’s got to be this other goateed character with a bright smile.

Geoff simply makes communication look easy. He treats this bigger-than-life objects like friends back home, and has no problem rubbing into them, or taking a backseat whenever someone gets carried away (Emma covered that). While entirely professional, Geoff’s pieces flowed more like friendly advice than extreme avant-garde pretension.

He also always seemed to know what fractions of these mediums would be good and what would not (unlike some of my Hero Complex coverage on Spirits of Vengeance, “Terra Nova” — holy cannoli, how embarassing..), yet would embrace all things geek without bias (hi Twilight).

But more than anything, Geoff is a genuinely nice guy. He’s a family man. And, sure, a Dolphins fan. Even when busy or stressed, he was always open for communication. I wish more people in LA knew what the hell communication was.

Can’t wait to read/see/hear more from Geoff in the coming years, even if it comes at the cost of being a lowly judge on “Dancing With the Cosplayers”.

Now, who wouldn’t want that?