Bishop Zom here, bringing you the joy-is-word on Beyond: Two Souls, a wonderfully constructed Sony PS3 exclusive under Quantic Dream, the development team behind Heavy Rain. Released just over a week ago, the action adventure/psychological thriller/interactive drama (whew) spotlights a young telepath, Jodie Holes, through a series of nonlinear events. Beyond is also Ellen Page‘s bitch-slap-to-the-face of her critics who shunned the Inception actress for believing “Ellie” from The Last of Us was all too similar to the now older, former Juno. “They pirated my face for their gaming success! My likeness was torrented by those SOB’s over at Naughty Dog!”

OK, so maybe Miss Page didn’t quite put it that directly; yet, nevertheless, her likeness is all over Beyond, and the game is all the better for it. End: feminine war cry. 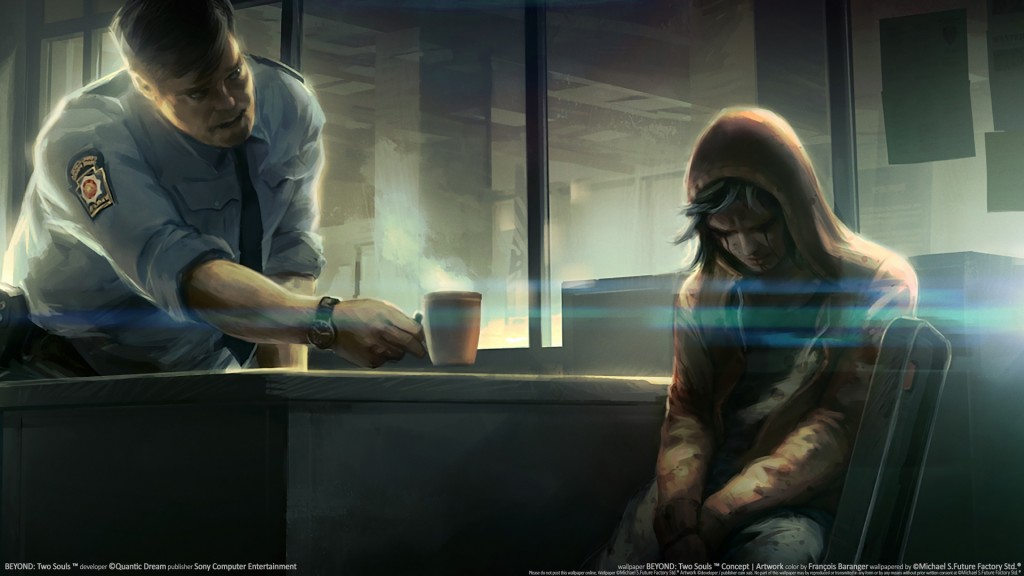 Beyond: Two Souls possesses as much depth as an award-winner from Tribeca, while Jodie possesses psychokinetic abilities that mature during the stages of her childhood growth (a younger Jodie is voiced by Caroline Wolfson), eventually linked with an unknown entity named Aiden. The initial source of her abilities, Aiden is of the Infaworld, a portal of both the world of the living and the dead. Through this supernatural link, Jodie is granted Emma Frost-level powers: mind control, strangling a threat through hosting of the mind (sort of like watching Brown Bunny), channeling spirits from physical touch (no Chianti required) and manipulation of certain objects (keep your mind out the gutter, son).

The control layout is very retro PC point-and-click-command style, with timed button pressing for various action commands. The core of the game is strictly driven by judgment and choice, as your answers affect the direction of the storyline. Tomb Raider, this is not.

This story kicks off with Jodie as a child living with her military based foster parents Philip and Susan, whom become alarmed and quite afraid of the early manifestation of her abilities. During a friendly play with fellow kids of her neighborhood she has an uncontrolled relapse of her abilities, causing unwanted harm to a fellow child. Her foster parents seek out psychiatric help for her, which leads them to the Department of Paranormal Activity. Enter: Doctors Nathan Dawkins (Willem Dafoe, Spider-Man) and Cole Freeman (Kadeem Hardison, “A Different World”), specialists in the field of psychokinetic and Infaworld research. Due to the circumstances of her developing powers she is left in the care of these doctors indefinitely. Through this, Nathan becomes Jodie’s surrogate father and Cole an uncle to Jodie (but, why the black guy always gotta be the uncle, yo?).

Quantic’s David Cage is the mastermind behind Beyond‘s in-depth storyline, which only progresses as Jodie grows, learning how to hewn her abilities and work with entity Aiden. During this time the storyline bounces around, showing you various points in Jodie’s life, and the effects of the Infaworld (and later how the government wishes to use it as a form of world dominating power through her gift of being the link between the two).

Jodie goes from being a child with powers, to a young woman trying to find her identity in her chaotic tale of a life. Her riveting story unfolds chapter to chapter from: being bullied by her fellow peers as a young adult at a party (she wasn’t good at Mario Kart); aggravated as a teenager cooped up in a laboratory-style study of a room (the smell of month old coffee and dried-up licorice will do that to you); going head-to-head with Nathan “Osborn” in a father/daughter fight of adolescence (the Gob needs a daughter); being forced to join the military through the CIA for government work (cute desk clerks needed!); learning to enjoy the skill earned through her term of service, only to further have anger and regret (she didn’t like the food); going nomad from a “by any means necessary” government agency on her backside (again, easy, folks); feeling betrayal throughout her whole complex relationship with Nathan and other supporting characters (a love interest — oh, you didn’t think there was one?), like Ryan Clayton (Eric Winter), the initial CIA agent who recruited her. 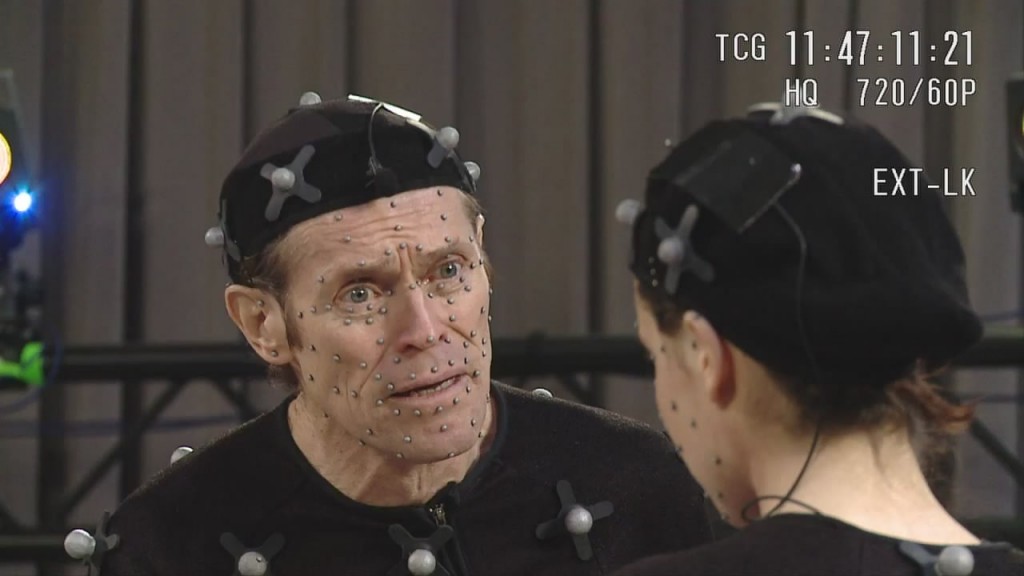 The stuff I put myself through to get SPIDER-MAN!!!

If story’s your thing, and you don’t mind a more passive ride through sci-fi horrorland, enjoy smart dialogue via cutscene, and prefer a more contextual, interactive experience over the typical heavy button-mashed QTE’s (quick-time events, that still do appear every so often), then it’s highly recommended you pray yourself of copy of Beyond. You might just catch yourself wondering what Blu-Ray you’re watching from all of the game’s blessed realism and heavenly graphics. And, yet while there might not be a whole ton of action — at least at your own expense — the intimate detail and incredible voice talent may just be enough to swoon you over. I found the quieter the moments of Two Souls, the better.

With that, I leave you all fine people with an AMEN for Beyond: Two Souls.. for the Bishop hath spoken.