Last week may have been all about Thor, but it could have been partially about Bane, too.

You, see last week your very own Bishop Zom nearly dominated the podcast ranks until that inner venom took over. And who could blame him… 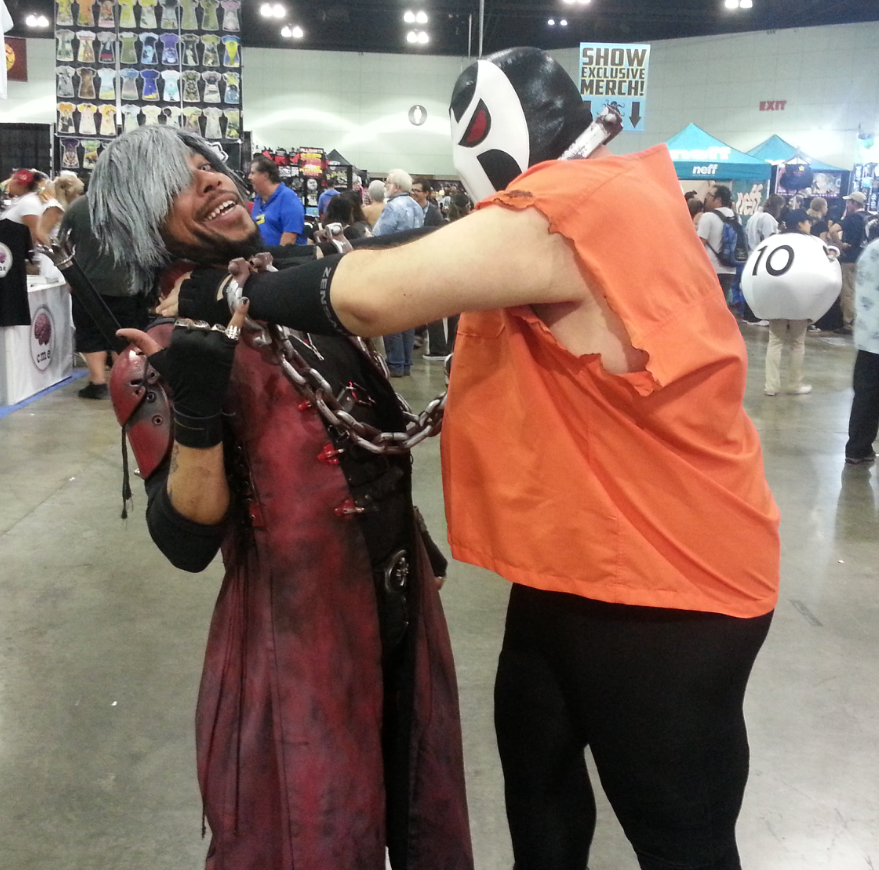 Don’t ever call me NAILZ!

In more ways than one, Comikaze 2014 started off with a bang as my — and many of your, perhaps — childhood nostalgic cartoon senses went crazy with the Teenage Mutant Ninja Turtles: On the Big Screen panel. Can you give me a “hell yeah”? It’s the return of the Shell Shocking, Hard Rockin, Pizza Eating, Foot-clan Beating, Shredder Defeating, TURTLES!!!!!! The panel kicked off with co-creator of the TMNT and comic book author, Kevin Eastman, going in-depth on next year’s documentary, Turtle Power: The Definitive History of the TMNT. Even if fans have been a little squeamish about the words “Michael” and “Bay” tagging along with our ever-beloved “TMNT,” Eastman promises — at least for the doc — that “we’re going back to our roots.” Looks like the doc will become the definitive introduction into the creative process of how the TMNT started out as bus-kicking.. oh, yes, I said bus-kicking.. turtles.

Fans at the Hot Topic Stage last Saturday were lucky enough to see a teaser of the doc (and, not the whole doc, unfortunately), which showed some behind the scenes footage, and never before released features (i.e. bloopers, outtakes, rehearsals, and even castings). Eastman stated that he wished a production company would pickup the classic TMNT film franchise again to release the films on a grander scale, with all the features included. “It is because of you the fans that we had this incredible ride, and I wanna pay tribute to you all for the continued love and loyalty.” There was even talk about the Bay film in how Megan Fox may have played her role of a lifetime with April O’Neil (I thought that was Jennifer’s Body?), and that Bay’s Turtles look beyond spectacular. They insist we will be shocked at how stunning these next-gen Ninja Turtles looked, and that fans would also be just as pleased with the progress of the film. I’ll hold my judgment. 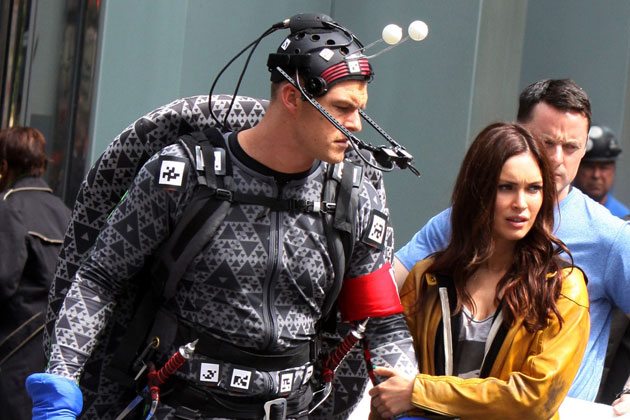 Michael just threatened me with some “class action” cologne again!

A dusted traveler in trendy gear sporting a Fedora and rocking some Ozzy-themed shades hits the stage. A great applause and cheer follow, because it’s the madman “Merle Dixon” himself, Michael Rooker! While most new fans know the actor better as the loud foul-mouthed, womanizing, bar-brawling, no shit-taking, good ol’ brother of Daryl on “The Walking Dead,” Rooker had as many epically bad-ass performances as the greatest bad guy you love to hate (or, better technically, bad boy we couldn’t wait to see die) in such films Henry: Portrait of a Serial Killer and Rosewood. More importantly at the moment, Rooker came to address the fact he’s playing Yondu in the upcoming Guardians of the Galaxy! Cue a huge eruption of nerdgasmic glee and cheers is had by all fans.

As our fan Q&A hits off, Michael laughingly acknowledged the many “Mallrats” chants from fans about his role as Jared Svenning, to which he replies: “Shit yes, we love Mallrats!!” Leave it to this crazy brother to turn up the band, unloading dastardly hilarious quips to anyone daring enough to ask a question. How did Rooker feel about being killed off by “The Walking Dead” crew?

“They’re Assholes,” Rooker playfully retorted, going on to say it was the right time for his buddy James Gunn to offer him the role as Yondu. 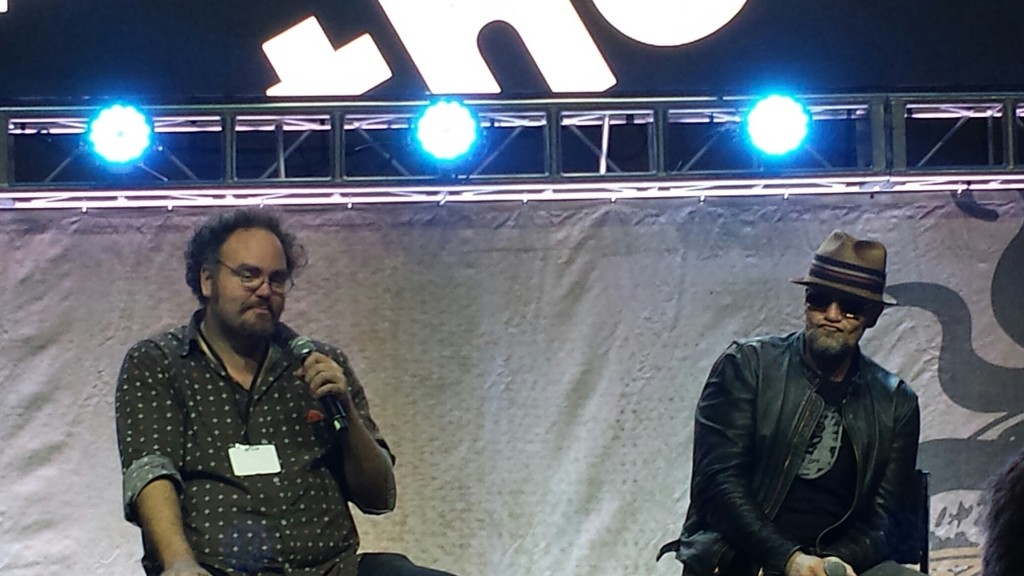 Romantic comedy? Let me think about that one…

Another “Dead” dead question came his way, when said fan asked if he would survive the Zombie Apocalypse along side Merle? Michael with lighting speed, “Fuck No. You wouldn’t make it ’cause I would kill you myself.” Still on the “Dead” theme — to no surprise — Rooker was asked how he felt that there was no loving for Merle? With a lowered head “No action for good ole Merley! But man he wanted too!” And, his favorite “Walking Dead” character? The nut replied with Rick and Lori’s daughter, “Little Asskicker”.

To cap it all off with the Question of the Night, it just had to go to the Avatar character cosplayer in the crowd who asked: What advice would you give to young aspiring actors? “Stop painting yourself blue!”

And that counts wearing the Holy Mask of the Bane, I guess.