We’ve been begging for Pay-Per-View Cage fights between geeks and nerds for years. The most ferocious arguments made online are not political debates, about Obama, abortion, or Charles Manson; no, they are made about superhero science fiction fantasy such as Man of Steel. So why not take GHG’s two men of steel — who so happen to live in the same Octagon — and throw them into the Ultimate [Video Game] Fighting Championship?

It’s Geek! Versus Nerd! So cue up the theme… 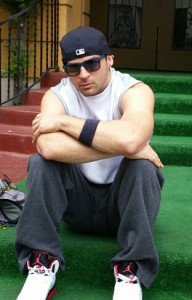 GEEK - I haven’t missed a UFC pay-per-view in 21-years. I even caught part of the Tapout hype myself, and trained a couple years in Brazilian jui-jitsui; so it’s kinda funny that this game allows you to purchase Royce Gracie– basically the grandfather of the sport most refer to now as “Ultimate Fighting”. Sure, it’s really Mixed-Martial Arts, but with Dana White’s fed scooping up every talented brawler at one time or another — even the WWE’s Brock Lesnar held the World Heavyweight Championship — who’s to argue?

Having not played much of THQ’s trilogy of UFC Undisputed games (which is kind of hard to fathom, really), I’ve been dying for this. And it’s next-gen! Thankfully EA Canada does a great job with the Ignite engine, delivering a left blow so hard the graphics will smother you. It’s Fight Night — in a cage — and I have no problem with that.

Everything looks authentic as hell, from the 18-hour tat on Ben Henderson‘s back down to trainer Greg Jackson whispering words of encouragement between rounds. As a game, EA Sports’s first UFC title won’t put you to sleep. The problem, then, lies in EA’s propensity to tease.

Much like their Madden franchise, EA isn’t going to give you all the goods at once. Want to watch highlights from your Career Mode current event’s Fight of the Night, Submission of the Night, or Knockout of the Night? Nope. But you can read them. The FMV’s of random fighters and trainers sending you words of encouragement between fights is OK, if not tacky, and surely not up to par with the UFC’s great “trash talk” promos and weigh-ins that lead up to most fights. Worse than even the mode’s often tedious training exercises is the fact the proposed Create-A-Fighter “GameFace” mode didn’t work. This meant your Monsignor didn’t get to start his career with his all-time fav, Tito Ortiz. And, since I’m not one wanting to sit there for hours creating a fighter, not having the ability to download other players’ creations (ala WWE 2K‘s CAW system) really sucks, too.

With that said, EA will probably come out with a Hall of Fame DLC pack so you can fight with many of the excluded vets, such as these. Yeah, I’m sorry to give the publisher this costly idea, broke kids (hey, a Pride FC pack would be cool too!); but at least the loss is sorta made up with the pre-order inclusion of Bruce Lee. Take him through a spin-kick of the career mode’s Ultimate Fighter reality show, and it’s worth a few laughs just to hear Dana (and some of the other fighters, like Mike “Quicksand” Pyle) refer to the father of martial arts as “kid”. Wutah! 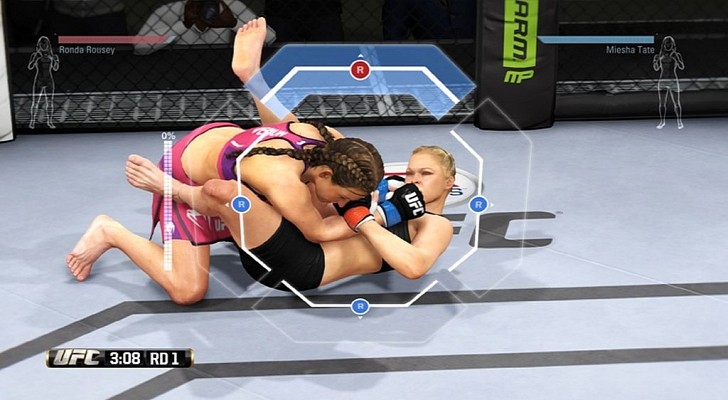 The winner gets a date with Moody.

Although the TV broadcast overlay is excellent, there are some presentation woes to be had. First off, you’d never know there were actual fighter entrances in the game unless you went deep into Career Mode. Huh? Yeah, man, there is no option to add entrances to FightNow (aka Exhibition) mode, and, much like real UFC, there are no entrances for undercard fights. The commentary, too, is a disappointment. Mike Goldberg‘s calls are sometimes off by a second or two, and Joe Rogen sounds like he’s checking text messages during many of the fight replays. Shame, because these guys are obviously pretty great at what they do. Also, as of press time, the online servers were horrific, and the refs are pretty much invisible once the clock ticks. So much for Yves Lavigne trying to.. intervene.

All aside, UFC is great fun. The current gen of Xbox One/PlayStation 4’s first entry into MMA is also the Ultimate Pre-PPV video game: Grab a few of your homies together, knock out a 30-rack, and trade blows with one of the most exhilarating, yet strategically-challenging fighters in years. If nothing else, it will serve as a great axe-murdering time-killer ’til the onslaught of other EA Sports titles drops this fall. 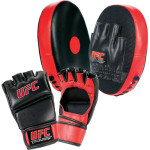 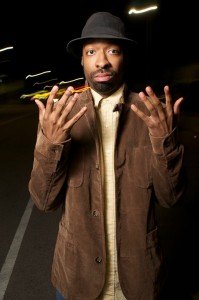 NERD – In the last 21 years, I’ve missed quite a few pay-per-views, and I’m still trying to find a way to blame The Illuminati for Anderson Silva‘s broken leg. However, it’s impossible to miss the incredible realism that has been put into this game.

UFC‘s graphics are quite impressive. I loved the ripples from heavy punches to the gut, the bruising from killer leg kicks to the same spot, the sad face of defeat after a loss and the wide-eyed face of being stunned by a powerful hook. The MoCap animations before-during-and-after the fights are much better than I expected. Each fighter moves uniquely and adds a sense of authenticity to the game that helps the player get lost in the moment. The unique movements are carried beyond the pre/post fight animations. Each character’s strikes and grapples resemble the actual movements of the human counterparts.

The controls are complex, but not TOO complex. MMA is a technical sport that requires lots of options and variations, so the controls need to be a bit complex to allow for that, and EA nailed it. While the game requires a lot of timing and attention to detail, there is still a bit of button mashing involved. It can get intense when you’re in the final round and trying to land enough punches before the bell to avoid a loss. Be prepared to use all of your fingers. The training module is very important. Learn moves, get better, fight harder. You’ll never survive with basis strikes and frantic button mashing. There is an art to submissions, a technique to the grapple, and skills required for ground work. If you’re not ready, you won’t make it through the first round.

When the fists start flying and it’s crunch time, this is no longer a game; its an experience. When I’m winning, I’m completely convinced that I’m the fighter and I’m on the road to victory. When I’m losing, it feels like I’m watching the fight on PPV and the fighter I’ve got money on is getting his ass handed to him and there’s nothing I can do about it. Also, Joe Rogan DOES sound like he’s checking Tweets and texts instead of calling the ongoing fights sometimes– but that happens plenty of times in real life too, so I approve.

“The winner will receive half-off ANY Vegas buffet.”

My personal highlight of the gameplay has to be my fight-ending, off-the-cage flying knee to the head with Renan Barao to Urijah Faber. I was coming off of one of the hardest hitting, well timed combos I had ever landed. In the heat of the Bantamweight battle, with my adreniline surging, I abandoned the technique and resorted to button mashing. Luckily, miraculously, and perfectly, Renan runs to the cage and jumps off with a knee cap missile headed right for Urijah’s temple. It connects. Fight over. Watching the replay over and over from endless angles kept a smile on my face as I basked in my victory. Nothing could ruin the moment, until it came time to pick my next fighter. There were several times the selection menu would go into an infinite scroll and just keep cycling through the characters. Regardless of which controller I used, the only way to stop it was to exit the menu and go back in.

The infinite scroll — and the entrance music being a feature you have to fight for — are the only buzzkills of this game. Despite the fact that I am horrible at fighting games, EA Sports UFC is incredibly fun and let’s this Deacon E fight his heart out without having to worry about the hospital visits afterwards. 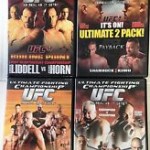 EA Sports UFC for the PlayStation 4 and Xbox One in stores now!

I'm not from this planet, but I'm getting used to being here. I'm easy to love and hard to impress. If your game doesn't have guns or fast cars, its not really a game. I make music when I'm not shooting and driving. Check out the Deacon E's rhymes of reason @ www.EskoBTS.com / Follow @EskoBTS