As one Marvel event closes, another always blossoms.

At 44-pages, Infinity is one credible finale, thanks to the eye-pretty art of Jim Cheung (X-Force, Young Avengers) and Dustin Weaver (S.H.I.E.L.D.), and the year-long crafted mind of Jonathan Hickman (Fantastic Four, God is Dead). Issue #6 finishes the story of Thanos’ thirst for prolicide with the final vestige of his legacy. Somewhat. As the GodHatesGeeks aficionado of all things Marvel, your Apostle was extremely happy with Infinity overall. And though it lacks a clear finish line, at least there weren’t 15-pages of All-New Marvel NOW! previews.

There were a couple. 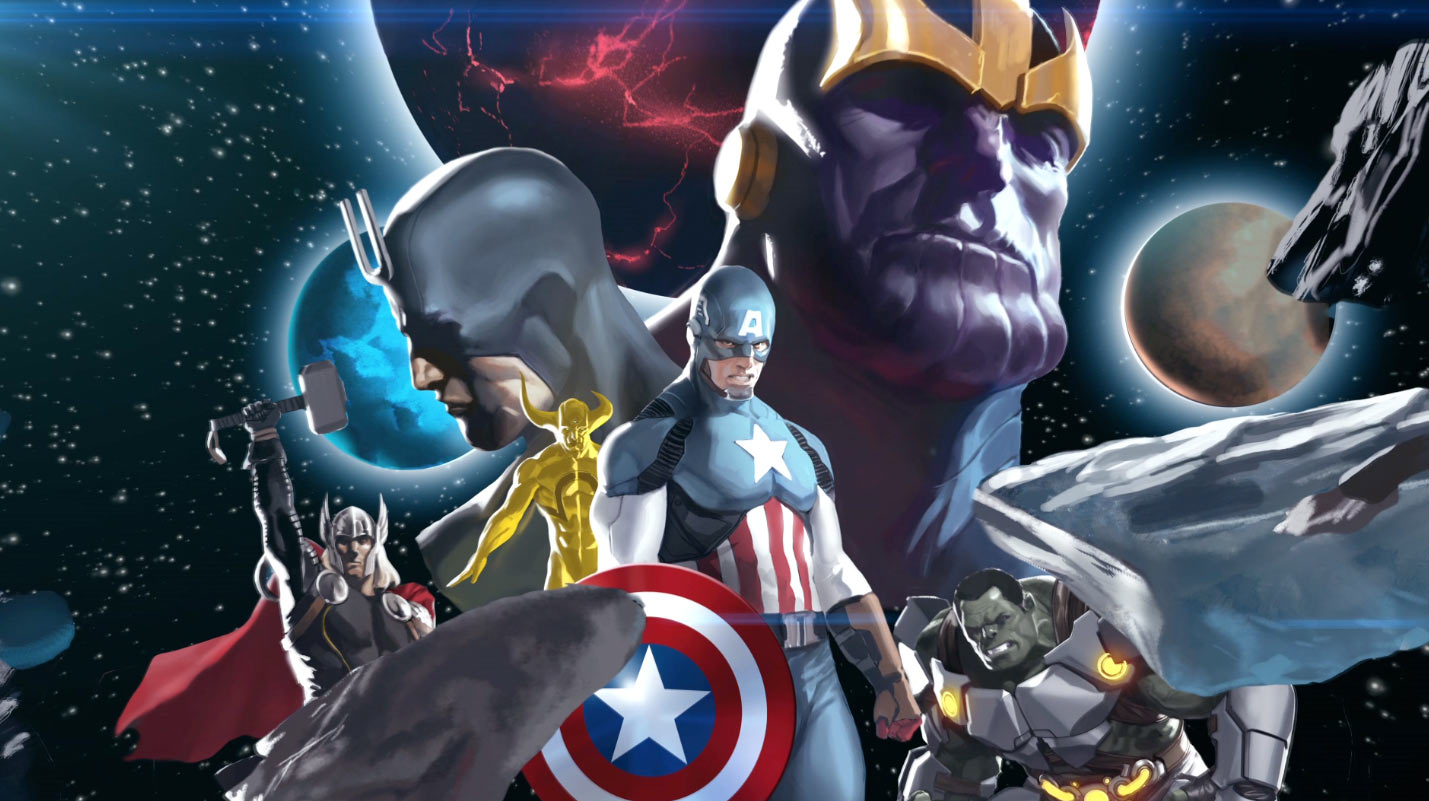 I’d buy that for 4 dollars.

Looking back, Hickman’s solo event (there were tie-in’s, but all you ever really needed was the main story, The Avengers, and New Avengers) had plenty of dynamic moments, thankfully many of them in this issue to close an epic tale. Who doesn’t remember the Mjolnir-sledging Thor splatter/slaughter a Builder? Or Inhuman King Black Bolt’s vocal cords destroying the floating city with a simple “NO!”? Moments like these made up for the stop-gap feel of a usual Marvel crossover.

At only 6-issues, Infinity does suffer from a discontinuous tale, however, often trying to find its own footing with both themes of intergalactic Builder control and Thanos separate blockade of Earth. Either of these two stories could have stood on their own and left a telling mark on the House that Stan built. By combining them though, the overall arc never really had its proper time to shine, and by the end felt rushed.

My chief concern with most Marvel crossovers is that epic stories are laid…and then scurried so the Previews books can be written. On.. on to the next one, I guess. In the final issue, Captain Universe neatly cleans up the whole builder storyline with your typical deus ex machina. A battle with this much on the line should never be so simple. And, you’d think, with a good portion of the current Marvel audience — because of the movies — just getting to know Ms. Universe, that further exploration would be required. 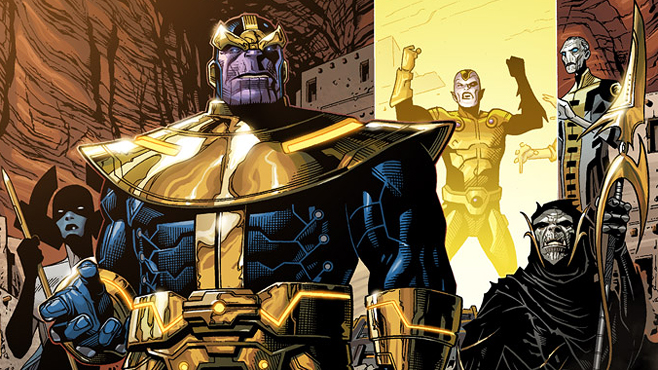 Sinestro can’t be too far behind.

Yet, while there’s some Apostle “hate” for Marvel’s knack for continuous storytelling, there’s no question Hick surpasses any previous company crossover in some time. Hickman’s plot, even if rushed by editorial, was clearly well thought-out, provided plenty of entertainment, and did its damnedest not to leave any loose ends. The final issue doesn’t hold back, either. We see an Earth under sieged by Thanos; a knock out/drag out battle with an Avengers-led Captain America against the Mad Titan, and the Illuminati’s efforts to shut down Thanos’s General, Supergiant. 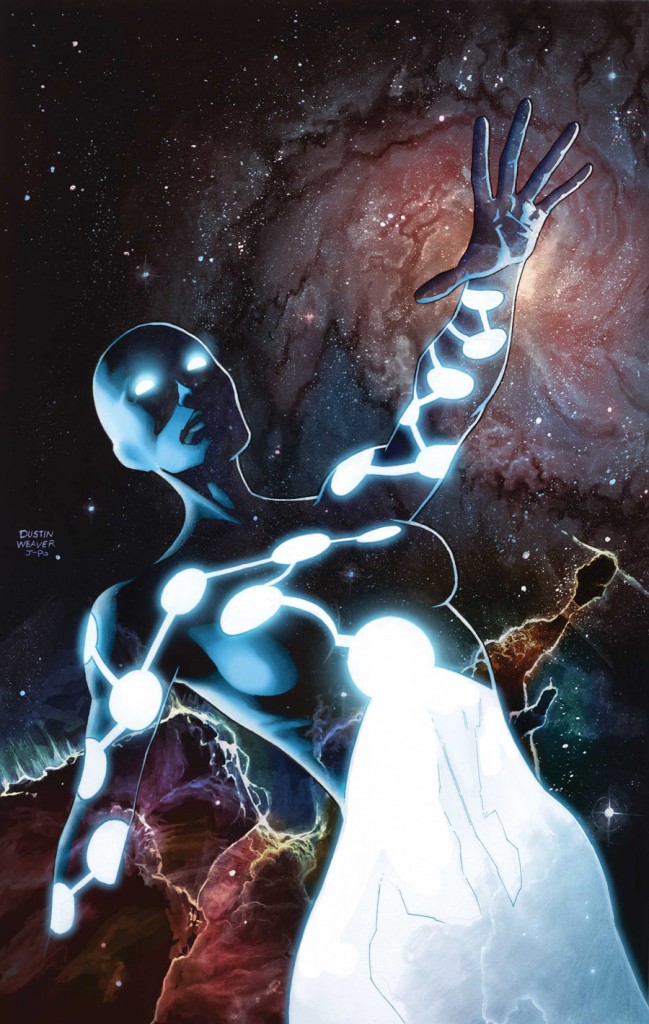 I wonder: would she mind bowling and Applebee’s?

Throughout Infinity #6, Hickman allows each of the heavy-hitters their proper time of shine, to boot, and even makes room for newly minted Hyperion to have quite the smashing spread.

With that said, a proper review couldn’t have been written without mention of Jimmy Cheung’s talented pencil work. May it be the quietest of moments, or the most epic of battles filled with super-hero grandeur, The Children’s Crusader artist looks comfortable with any page. And no other time since the end of the credits in The Avengers has Thanos looked more massive and intimidating, or Cap and the Hulk appear more imposing. You always know a Cheung drawn comic will deliver even if the story is lacking (or taking a wee bit long to finish, like he often does). The immensely talented Weaver contributes needed additional pages for the illuminati story, while Justin Ponsor and Ive Svorcina paint a dynamic color scheme that add to the gorgeous layouts. Not to forget, Hickman and Cheung’s story gained plenty of letter support from the talented Chris Elipoulos.

Hickman’s tenor on Avengers had already seized my attention with his “world building” abilities, and his first crossover, Infinity, continues that sweeping notion. Even if the event isn’t perfect, you can bet the Marvel Universe is in a much better place than it had been in prior crossovers (cough, cough.. Age of Ultron). In future months, the repercussions of Black Bolt and Maximus’ Titanic tussle will be felt with Inhumanity: a blank slate of new possibilities with Thane (Thanos’s son), as the MU is back to its full galactic potential with Skrull and Kree Empire return to dominance.

And if this becomes the motivation for Avengers 3, then look the f$%& out. 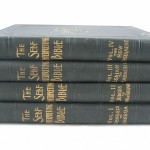