2K Sports receives the The Moody Rock Bottom for not showcasing the goods of their newest wrestling franchise at last week’s E3. Luckily for you, I’ve got ears. I’ve got four eyes. Sources. And then some. While the info I’m about to present to you on the first ever wrestling video game for next-gen is a little sparse, I’m sure it’s just enough to get you ready and excited for more Xbox or PlayStation squared circle action.

Thanks to my pal Jared2K @WWEgames, I’ve got a mini-spool of details. The official release date for WWE 2K15 is October 28 for Xbox One, 360, PlayStation 4, and PS3. The game has only announced Bray Wyatt, John Cena, Roman Reigns, Cesaro, Hulk Hogan, AJ Lee, and Naomi as playable characters thus far. Yeah, nice to see the Divas catching some early love. Hopefully we’ll see Alicia Fox, Paige and the rest of the bashing beauties — such as…Stardust? — announced in the weeks to come…

While I’m a little saddened that JBL won’t be joining his RAW call-mates, Michael Cole and Jerry “The King” Lawler, at least 2K was smart enough to place both commentators in the same damn room for once. It’s shocking that they will actually be recording their lines together in a WWE game — said to be over 35-hours of wrestling calls — for the very first time. Hey, it can’t be any worse than it’s already been: “What we have here is a dangerous situation”.

Above all of that, tho? Longtime THQ WWE games developer Yukes has finally tagged out. I can hear you fans already screaming, “Yes! Yes! Yes!” Although Yukes will largely remain a partner at this point, don’t get it twisted: This will be 2K’s OFFICIAL first game, with their own NBA 2K series developer Visual Concepts deeply in control. And even if you don’t know anything about NBA 2K, let me just tell you they have one fine pedigree. VC will use the same lighting and head-&-body-scanning techniques that make their NBA games so lifelike, as well as a plethora of nuanced detail on the wrestlers the longer their matches go. So, yup, expect realistic visual fatigue and pain, sweat, scarring, bleeding, and lemon-dropping… 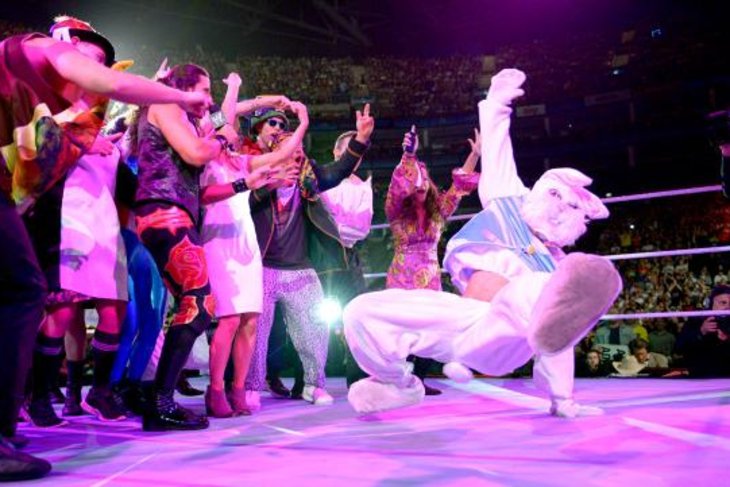 If this somehow makes the cut: Best. Game. Ever.

With that much little said, expect 5 times the animations, 5 times the play-by-play, and 5 times the coolness. If only we could receive seamless backstage and in-crowd brawls, then we’d be all set.

THIS JUST IN: According to my sources, a certain man with Crow face-paint, leather jacket and obsession with scorpions will be the pre-release bonus this year for WWE 2K15, following the likes of The Ultimate Warrior, Mike Tyson and Brock Lesnar from years previous. Ohhhhhwwwwwwwwwwwooooo!!!

“Bishop” Zom Wyatt is back, bitches!

Well, this week, I say to you WWE, “You fu***d up!” Don’t get me wrong, in a lot of ways, WWE is running on all cylinders right now. From their last pay-per-view, errrr excuse me, special event, Payback, to even this past Monday’s RAW, the dubya-dubya-ee is entertaining the hell out of me. Dean Ambrose is a god amongst men and needs to be given a push worthy of such; Bray Wyatt may possibly be the greatest thing on TV (and I am saying that even after the season finale of Game of Thrones), and even John Cena has managed to piss everyone off just a little bit less lately.

Granted it doesn’t hurt when you team him up with the likes of the now presumably defunct Shield, or the high flying Usos. Still. You get the point. 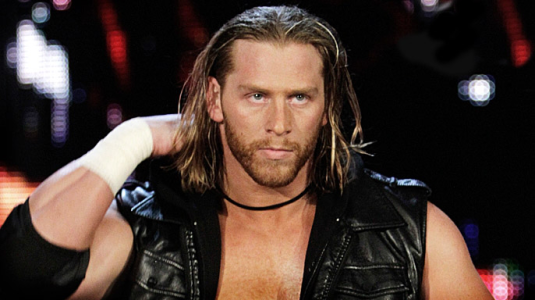 Just wait til they see the latest trick I’ve got…on the back of my neck.

So, why the chant of shame directed towards a company that clearly I am enjoying the hell out of right now? Simple: Curt Hawkins. And, we will throw JTG in here for good measure because we all know that is a streak that truly never should have ended. OK, OK. Jokes aside, letting Hawkins go was, in my opinion, a MAJOR mistake. See what I did there?

Listen. I get the fact that WWE is making budget cuts to look better to the Wall Street types. I also get that they have a slew of talented youngsters just chomping at the bit to get on the main roster down in NXT. Many deservingly so. But damnit WWE, Curt Hawkins is one talented grappler. There is a reason The Rock sang his praises when preparing for his first Wrestlemania return a few years ago. There is a reason that he and Zack Ryder were so successful as a tag team together. And there are plenty of reasons why the WWE shouldn’t have cut him.

Instead of paying this man to sit at home, he should have been on our TV screens every week. Hell, with resurgence of the tag division as of late, and Zack Ryder being jobbed out every other week, these two at the very least could have been put back together again. Book them in a match versus the Usos and I promise you, you have gold of your hands. 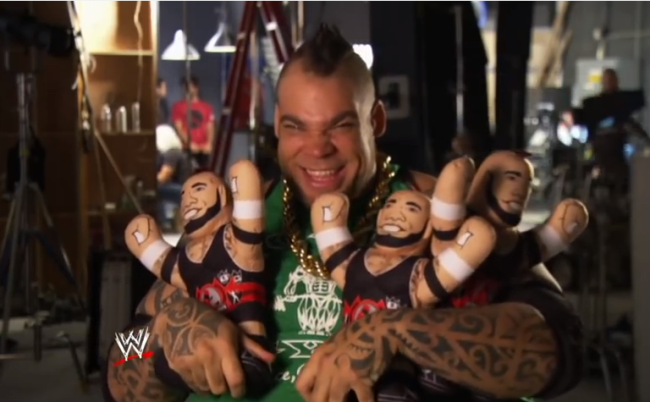 Great way to make friends in the Far East!

Needless to say, their loss is our gain. You see, I am a firm believer that the only true way the wrestling business will continue to grow and thrive is through independent wrestling. Keep in mind boys and girls, a vast majority of your favorite wrestlers that you see on TV each and every week in WWE, TNA, and ROH all come from your local indies.

Well, Curt Hawkins, now going back to his birth name of Brian Myers, has already booked up a ton of independent dates. Most notably, he will be a regular wrestling force via Pro Wrestling Syndicate out of New Jersey. This is one of the top indies in the country for wrestling. With the likes of Pat Buck and Kevin Matthews leading the way, you get pure wrestling nirvana up there on the east coast.

If you have the chance to catch one of their shows…DO IT! Now, someone please book Brian Myers vs. Trent Barreta and the world will be a much better place!

You can hear more from our “Pastor” Chuck Rice on his Wrestling Compadres Slamcast via Nerdist Industries.