ROCKET RACCOON / STAR-LORD [Reviews]: Born on the 4th of July!!!

Since we over at GHG have actual real lives (ah, who we foolin'; this is lookin’ more and more like a Titanfall in bed with a case of Amstel Light type ‘o weekend), we’re gonna leave you with a celebration.

Yes, a celebration for the fact Marvel is releasing yet another movie, and it’s coming quicker than you think. Since this is also 4th of July weekend, we figured to party it up with our favorite ragtag purveyors of intergalactic bastardy– or bad-assery — that’d be the Guardians of the Galaxy. It’s definitely a film we think can rival X-Men for the top spot. In the meantime, however, Marvel blessed us with a pair of #1 issues featuring two of the GOTG members. Enjoy your Fistful of potato chips, bud light lime and comics, cause this is how we do FOC: FOJ style.

Size matters, especially in the Krakel System where Rocket Raccoon’s antics include some unwarranted murders and lots of persistent womanizing. Bradley Cooper appropriately voices the character in the GotG movie, where he continues his balancing act of dick-ish behavior with that one-of-a-kind Cooper charm that most women are weak in the brain and knees for. Rocket’s love of violence is only rivaled by his love of women, as is demonstrated in the sci-fi WWE match he chooses as a first date setting in “A Chasing Tale”, part 1.

But hell hath no fury like a woman scorned, and soon Rocket finds himself the wrong kind of Wanted and is sent on a run to save his tail.

The coloring by Jean-Francois Beaulieu (Avengers Arena) heightens the sci-fy galaxy in which Skottie (Marvel’s Wizard of Oz comics) Young‘s alien creatures gather with human-kind alike to set the scenes for a wild Rocket Raccoon raucous. The uses of purples and greens give an immediate depth to the story that sucks you in from the very first frame, and carries you through to the end. The feature film looks to have borrowed the same dark and colored visual tones, and looks to stay true to the sometimes raunchy, and a little campy humor found within Rocket and his fellow Guardians we all know and love on the page. 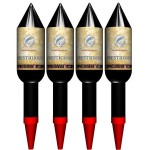 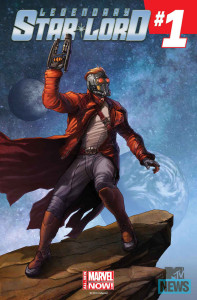 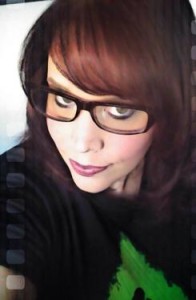 There are certain times in your life when you get the chance to try something new– and that’s what GHG brought me in to exactly do. My first assignment happens to be “Legendary” Star Lord #1. Perhaps what makes this character so “legendary” is that his story starts off similar to Batman. Flashback 20-years ago with a young kid staring at the grave of his mother, with an older gentleman behind Mr. Lord (ayo!) attempting to encourage him to “be the Captain of his own ship” before he is, well, shipped off to a foster home. Fast forward to the present, and Peter Quill (real name) is in trouble again…while in an orphanage. The irony. I found Sam (The Ultimates) Humphries‘ version of Quill to be amusing and resourceful. After capturing a glimpse of Quill in comic form, I can see why Chris Pratt was cast in James Gunn’s GotG. He has the perfect balance of snarky humor along with the ability to be a bad ass. This Vestal can’t wait to see more of his portrayal of Star-Lord come August 1st. Although this particular comic did not get very far, it was hard not to admire Paco (Nova) Medina‘s pretty pencils — and at least sense some depth in Quill’s character — enough to keep my attention till next month. 3.5/5 Mystic Bibles. 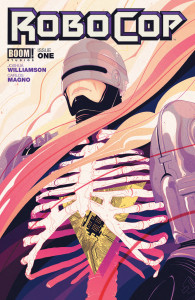 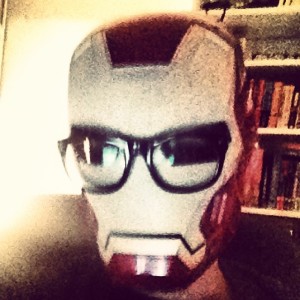 Robocop is hard to get right. Don’t believe me? Watch literally 75% of the existing Robocop movies. It’s a long-held belief of mine that, divorced from the masterful satire that makes Paul Verhoeven & Ed Neumeier’s version unassailable, Robocop becomes just another tin-man with a big gun. So to say I was hesitant about BOOM! Studios’ new ongoing Robocop by Joshua Williamson (Captain Midnight) and Carlos Magno (Deathmatch) is an understatement, though the good news is they mostly seem to get it right. Kind of. Set after the events of the O.G. Robocop – and bringing back Lewis, Sgt. Reed, even deep-cut Detroit cop Manson –  the story wastes no time giving fans what they want, front-loading “I’d buy that for a dollar” and “Dead or alive…” literally into the first two pages. The action – featuring a few good, bloody shocks in the Verhoeverkill (TM) vein of the original –  centers around newly-paroled super-criminal Killian, whose jailtime predates Robocop’s arrival in Detroit; instantly fascinated by the challenge ahead, Killian devises a probably-fiendish plot to bring down the Officer Formerly Known as Murphy. Murphy and Lewis, meanwhile, are tasked with leading a new initiative to confiscate guns all around Old Detroit – certain death to any cop that comes collecting  – brought to you by your pal and mine, the Old Man and OCP, in cahoots with Killian (dunh dunh dunh). While Neumeier’s brand of hardcore subtext or irony has yet to manifest, Williamson’s script is nonetheless a good continuing-adventures set-up, though I’m wary that future issues will be preoccupied with easter-egging the events of Robocop 2. But for now, I’d buy issue #2 for a dollar. 3/5 State-of-the-Art Bang-Bangs. 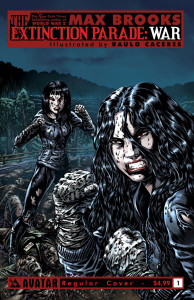 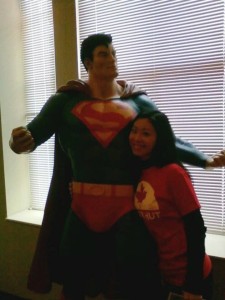 This issue is a continuation of Avatar comic series based on Max Brooks’ 2001 short story Extinction Parade. With the success of the short story and comic series, it was announced in April that Legendary Television (Godzilla, Watchmen, 300) will developed the vampire/zombie chronicles into a new television series. And, from the looks of things, Brooks has learned his lesson from the Brad Pitt abortion of his masterpiece World War Z and will be working closely with the project and writing the Pilot episode. So, to further please his excited fans, this new chapter begins with a telling dream sequence followed by two gratuitously naked sexy, bad ass Euroasian vampires. But, it is okay, because illustrator Raulo Caceres (Elizabeth Bathory) strategically placed limbs over her lady parts like The Council of Trent placing fig leaves on Eve. Honestly, on one page, Laila and her sister Min are clothed; and suddenly on the next, they are naked and killing some scouts and stealing their clothes to kill zombies. It makes NO GODDAMN SENSE! It would be one thing if lovely immortals used their nudity to distract their victims before attacking them, but they killed from behind. Why, Brooks? Why? And, why did Caceres with all his dark artistic talent not say “Brooks, save it for Legendary.” Despite this jarring WTF panel, readers get to see these bad ass chicks punch the shit out of some zombies — or, the series preferred nomenclature, subdead. But, it seems the focus of this issue is to set up the Catch-22 of our vampire vixens and other vampires in their quest to save humans or solbreeders, their only vampire food source; they must kill and feed on more humans to have enough strength to continually fight and destroy the plague of the subdead, a bit of irony and interesting conflict that will be interesting to see Brooks develop. Are vampires in a damned if you do, damned if you don’t situation? Stay tuned to find out. 2.5/5 Subhumans.

Previous: RINGSIDE APOSTLES [Podcast]: Tipsy, with more ‘Money in the Bank’!
Next: Pimpin’ From The Pulpit with The Preacher Man-Early Morning July 4th Mass [Bat In The Saddle Again]: Review-Batman Black & White #1-6

The ultimate guy's girl, our "Abbess" has the temper of an irish housewife and the mouth of a well-educated sailor. Currently, she is perfecting the ability to not filter out the crazy shit she says -- and think at random -- within the Second City Improv Conservatory in Hollywood. Jackie also has an unhealthy obsession with Alabama football, and keep a blog that gives dating & life advice using sports metaphors (http://whatyourgirlfriendisthinking.blogspot.com/). She also sings and dances scantily clad in vintage lingerie with Burlesque Troupes. Follow but don't stalk @Jackie_Henley