Welcome, my brothers and sisters of the squared circle. Let the Bishop take you back to that beloved era that many of us old school wrasslin’ fans remember so well. I’m talking about the larger than life, 80’s era of professional wrestling with the World Wrestling Federation (as they will forever be known by your one and only ring historian). This was when the now WWE (World Wrestling Entertainment) was establishing its legacy in the business.

Now, of course, “The Fed” has evolved into so much more.

From WWE Studios, to the recently added WWE Network, Vince McMahon and company seem to be planning another war. This time Netflix may fall victim to the same beatdown Ted Turner’s WCW (World Championship Wrestling) suffered. 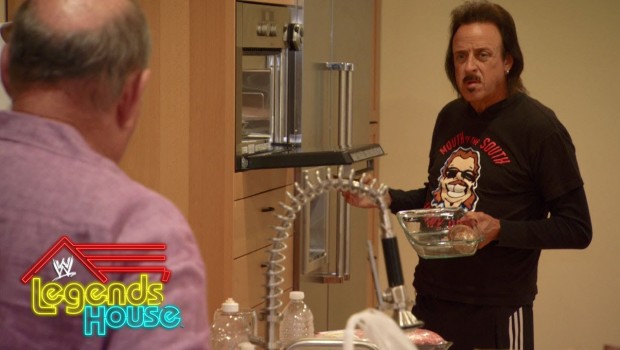 No, Gene. I DID NOT steal your hairbrush!

WWE has officially invaded the Reality TV market and with superkicks a flyin’ (Cue Kenny Sanders), as fans new and old get their own squared-circle dose of the “Surreal Life” while living in the “Real World.” Can you say MTV on the juice?! Yes! Yes! Yes! You heard right, GHGers. Hitting the airwaves like a five star frog splash, is the WWE Legends’ House.

Despite the “Full House”, I was rather entertained as the squared circle veterans introduced themselves to the neighbors and did yoga with deranged TV actor Gary Busey. This sequence particularly annoyed Piper due to Busey making comments about how similar acting is to wrestling and how both industries “play” characters. 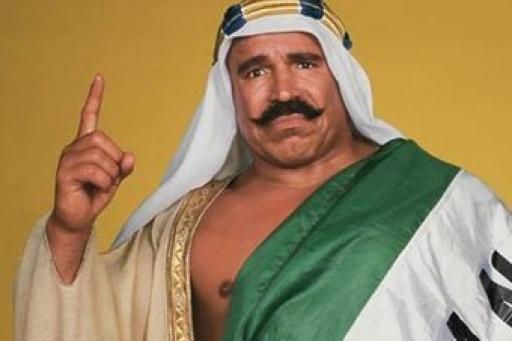 Other notable bits of octogenarian wrestling entertainment revolve around:

-Mean Gene drools over the hostess with the most-est like it’s his new job.

-And you ready for the shocker? Piper goes stir crazy after his first night in the house. The former “Body Slam” actor apparently doesn’t do well socially in groups of people, especially when lix are in the mix. Piper has quit drinking and being around all those elements caused him to have a bit of a mental moment. Howls at the moon seem to help.

All in all, Legends’ House is good fun, with literally all the entertainment minus the wrestling — which I’m sure is coming if any of these guys can manage to get themselves off the La-Z-Boy. Call this Bishop excited for Episode 2. Yes, I know I’m sick but… 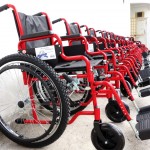