Where’s my Batmobile? Do I honestly have to go back to Super Nintendo to get it? It’s nice that Batman — this time a more youthful, seemingly stronger, nearly goateed Batman, mind you — has a nifty Batwing aircraft that allows him to fast travel throughout the near vacant streets of Gotham City.

But, wouldn’t blazing the streets with the original rubber-burner of choice be a lot more fun? Though obviously prettier and ever-so-humorously technologically-superior (I only suppose this means Batman gets…worse), these are the supposed Origins, after all.

Irregardless of time, there are still enough nuances in Batman: Arkham Origins to cheer about. Right from the marching Dark Knight Rises-inspired, speaker-busting score and the Christmassy cool flavor of Gotham (decking the Blackgate cells with X-Mas stockings; random jolly jingle bells and whistles), players will notice more “criminal activity” in the streets (although everyone appears a criminal, at least for the main cheese’s first 90%); cooler side activities than augmented reality and riddle tasks, with higher emphasis on stopping other vigilantes and wiping out cartels; and an intriguingly new progression system. Aptly labeled “Dark Knight,” this new menu compiles and challenges your inner “Shadow Vigilante” (hand-to-hand combat), “Gotham Protector” (agility), “Worst Nightmare” (gadget combat), and “World’s Greatest Detective” (exactly as it sounds).

Trust me, there’s so much to accomplish in the sandbox world of Origins, that the Monsignor may have developed some form of “Arkham Elbow.” And that was just in 2-days.

Although I wouldn’t quite say, “the game is so good it hurts.” No, more like “it hurts that this game is so good,” only because we’ve seen this all before. Warner Bros. Montreal takes what doesn’t break from the much adored Arkham series and amps it up with green Venom. Speaking of, Bane is no longer limited to side mission fodder. Batman’s (now) second most popular rogue now has nearly as much impact as any in this game — although I wish it was Tom Hardy voicing him for all the comedic reasons your little minds can fathom. 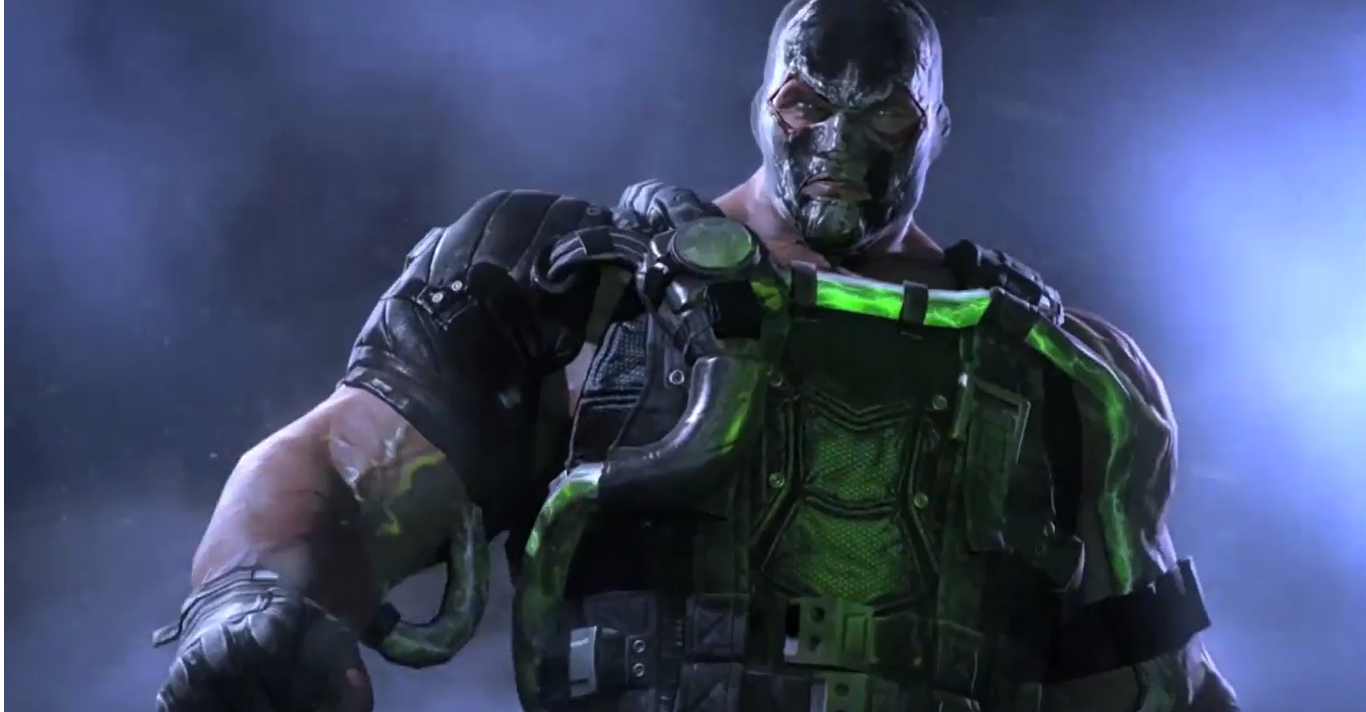 There are also several improvements to the gameplay despite the familiarity. The combat, while still feeling greatly rhythmic in control, has added just enough nuances…that would make a fan of any squared-circle happy. If you can’t wait until Tuesday to buy WWE 2K14, you won’t be disappointed with The Bat’s assortment of bulldog assaults, Samoan drops, and even CM Punk’s signature “Go to Sleep.” We know the self-proclaimed “Best in the World” is a huge comic geek and gamer. Did WB give him a call?

On the other hand, the all-too familiar combat tactics disrupt the excitement when it comes to challenge. While the standard one-on-twenty fights are a tad tougher — because martial arts “experts” and other venom-tinged thugs are now present — the same HVAC-vent hiding and gargoyle perching tactics in the predator rooms get old (except the inverted takedowns, always fun), and, worse, pathetically easy. Arkham City‘s combat scenario was the other way around, and this game will once again become that way once you get your hands on the “Shock Gloves.” Talk about a fun, little deus ex machina — if your idea of fun is never getting touched, that is.

Since combat is a breeze, the hardest parts of the game (besides looking around for hours for story progression that never appears on your map) are the bosses. And, despite also becoming the absolute finest moments of Origins, the game ironically goes from hard-as-hell to foolishly simple in that regard. Deathstroke is your first major boss (because I will never count Killer Croc), and he’s also strangely the hardest. You must have perfect counter skills to deflect his attacks (or you’ll die around 5-6 times as I did), and it doesn’t get any easier when Slade decides to brandish a sword. Arkham Origins definitely takes a page from Injustice here. 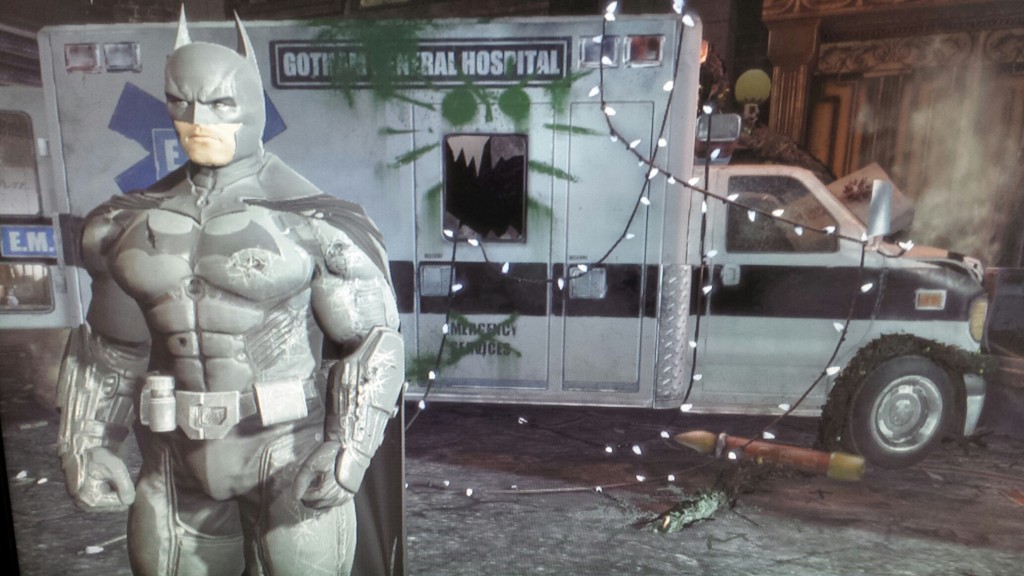 Then, without the use of spoilers, my friends, the succeeding bosses offer an array of challenges, other than a recently announced villain who — in a strange case of plotline agenda — barely puts up a fight. Sadly, much of the same can be said about the final confrontation (they basically re-developed the forthcoming Ryse because of the enormity of QTE; wish Origins would have taken note). Thankfully, the Origins story is enjoyable in lore. It even digs into the deep, disturbing mind of a psychotic murderer, further marrying the contrast of the most famous arch-rivalry this side of the Red Sox and Yanks. These cutscenes are also among the best in the history of video games, and that’s partially thanks to the vocal anecdotes of the one Troy Baker.

Without digging too deep into Baker’s Joker (you can read about him here, his wild performance at NYCC 2013 here, or, better, wait for our Rev to blab about him for another 40-minutes in our upcoming Arkham Podcast), you get the sense that the industry’s #1 vocal talent put his every heart and soul into this role. And, yet while you can hear a little bit of Baker’s normal voice in there at times, it’s hard to find a better, more sadistic giggle than his for the Clown Prince of Crime, and it certainly helps that Troy is playing a younger version of Mark Hamill’s classic rendition. You’ll find yourself dying on purpose just to see Jo-Ba-Ker’s taunts. 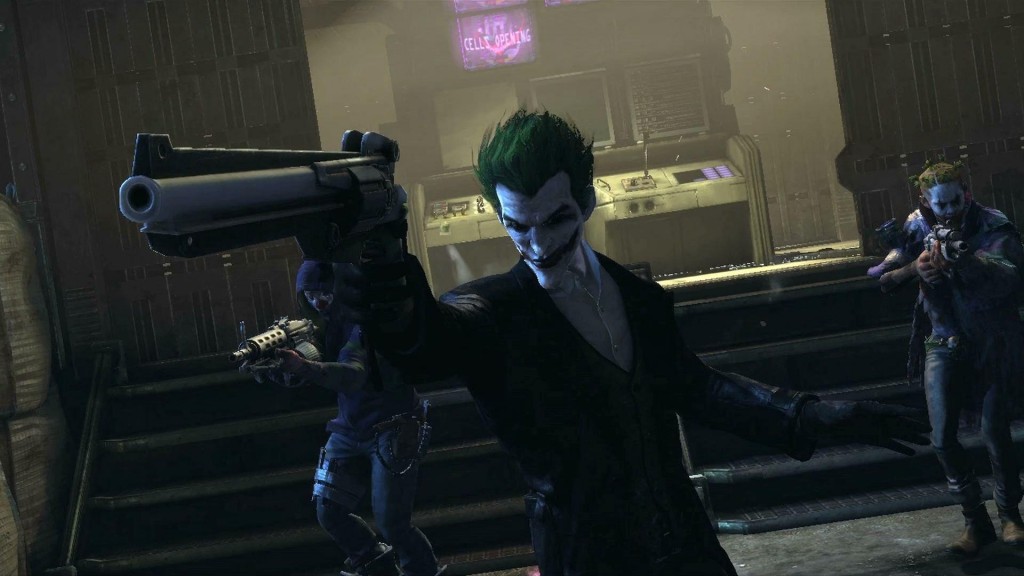 Don’t blame me, dearies. You asked for another ROUND!!!

Not forgotten, Roger Craig Smith does nearly as much in ode of Kevin Conroy’s Bruce Wayne…and I’d argue Smith has the best “Alfred” in the business (I can’t stop saying this damn name over and over, thanks Roger). Although following Conroy is obviously a tough task, Smith’s “Year Two” Bats reflects his angrier, more vengeful side, as illustrated in the pages of Zero Year in the current DC comic.

Before I get too far ahead of myself, Arkham Origins has a few mishaps that cannot go without mention. First is the new Case File System. I get that WB wanted to put the “Detective” back in Detective Comics, but these scenarios come off little more than glorified cutscenes. Sure, you have to find the evidence (which will take you mere seconds), but once scanned, the procedure is all in the eyes. Next, I was actually surprised to see a few glitches in the game, as well. During one of the predator sequences, I found one of Joker’s henchman stuck walking into a wall, all the while another stood ever so statuesque instead of the usual pannicking. I mean, the dude never moved once. Enemies will also reappear over the course of the external map, making me wonder if you can ever clear out Gotham for good. And those repetitive door hacks.. don’t get me started on that. 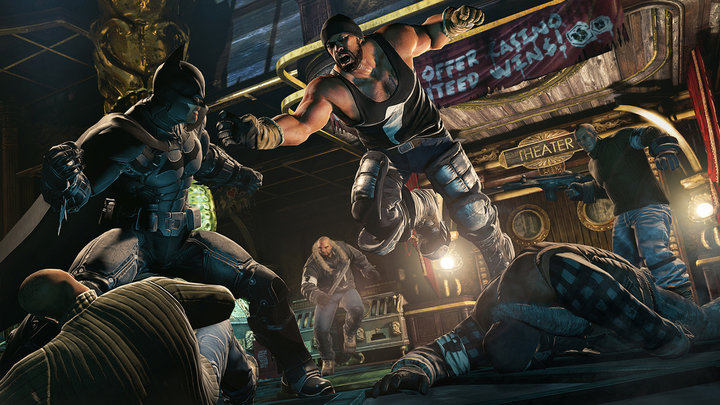 What I get for taking the last Reese’s peanut buttercup.

Look, Origins is good because it’s an Arkham game. There are definitely a few wonderful surprises in store, but, because the innovations are so small (despite a world that is much bigger, or is it just that annoying bridge?), some are still going to refer to this as Arkham Lite. Should there have been an entirely new arc concerning the origin of Dick Grayson (with the possible use of Robin the game, i.e. Catwoman from last)? Duh. Should they have kept Joker under wraps — as they initially did with.. cough.. Black Mask — to garner a sort of impactful Se7en moment in the game, digging further into the scenario of the Red Hood?

This all makes me wonder why Scott Snyder wasn’t called to help construct the storyline, especially since Geoff Johns is the Chief Creative Officer of everything at DC. Johns said during the Arkham Origins panel at this past July’s San Diego Comic-Con that, for the most part, he enjoyed the game so much that he tried to stay out of the way of production. Even with the inclusion of the cooler, more modern rogues and assassins (i.e. Anarky, Deadshot, Firefly, Copperhead) — some who weren’t even included in the primary storyline — perhaps he shouldn’t have?

Or, I’ve got an even bigger question, or gift inquiry, actually. For the winter of 2015, can a geek get an actual Arkham, perhaps even Batman vs. Superman-inspired JUSTICE LEAGUE game, WB? Now, so long as you throw in my Batmobile, it will definitely become a Christmas worth savoring. Ho-ho-ha-ha-a-he-he-hew-hew-A-HE-HE-HE-HA-HA-HAHAHAHAHAHA!!! 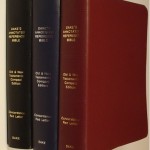 Batman: Arkham Origins released today for PC, PS3, Wii-U, and Xbox 360. The multiplayer additions, including “Invisible Predator Online”, were not yet available with this review.