1.) Uncharted 4: The Sunken Blade – I can’t wait to sink my teeth into another Uncharted. Naughty Dog always delivers an edge-of-your-seat adventure that is very hard to put down. Here’s hoping they can do it again, despite all the folks leaving the studio recently. While I really want to engage myself into the steam-punk realm of The Order: 1886, but now that it’s delayed till 2015, it’s more likely to end up on my E3 list next year.

2.) Mad Max – From what I’ve seen so far, this open world post-apocalyptic game — based on one of the cult favorite films of my childhood — looks sick. Rustic car combat/mayhem/chaos… yes please. Let’s see some more gameplay, or at least a playable demo at the convention. Pretty please!

3.) Batman: Arkham Knight – There is nothing cooler — or really more bad-ass — than playing as Rocksteady’s Dark Knight. Oh– and this time we finally get, uh-huh, you guessed (by reading nearly everyone else’s blurbs), we get the Batmobile. But without repeating any further, this Cardinal figures to sneak some more picks in: Metal Gear Solid V, Destiny, and The Evil Within. It’s going to be a great show, people! 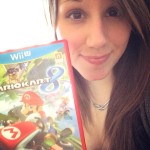 1.) Uncharted 4: The Sunken Blade – Rather than going with the announced fare we know will be present this year, I’m going to play the wildcard and base my picks on some E3 hopefuls that just may be waiting in the wings… Sony boasting that they’re going to have a difficult time showing off all of their projects is a hefty claim, but one I would love to see nonetheless. I hope there’s room for a new chapter in Nathan Drake’s life— with Naughty Dog already getting their paws dirty with The Last of Us Remastered, they’ve had some time to test their meddle on a PS4 and can no doubt bring a stunning adventure into our eager hands.

2.) Fable 4 – Can we forgive Peter Molyneux? I mean, he technically hasn’t promised us this, so there’s no expectations to let down! Right? All kidding aside, I’d love to take control of my chicken chaser again in one of my favorite RPG series.

3.) Metroid Wii U – Don’t get me wrong, I had a difficult time choosing between this candidate and a mysterious new Legend of Zelda… but, being honest, I think we all know we can expect an announcement for a fantastic new quest for Link sometime in the near future. Nintendo needs to keep firing on all cylinders and bring Samus back into action. Maybe bring a little co-op action into the mix via online multiplayer options. A girl can dream, of course. And please give me a new Crash Motherf-cking Bandicoot!!!

1.) Star Wars Battlefront – Given how much I play Battlefront 2 still, nearly a decade after its release, I think it’s safe to say that my most anticipated game of E3 2014 is EA and DICE’s reboot of the Star Wars: Battlefront franchise. Combining the mammoth, multiplayer combat of games like Battlefield 4 with the sprawling Star Wars universe is a no-brainer and seems like a great way to usher in the next generation of Star Wars games. Just one thing: please nerf that tiny little bastard Yoda. So hard to kill…

2.) Evolve – Having spent a few hours playing the latest from Turtle Rock Studios and 2K Games, I can already foresee just how unhealthy of a portion of my life this game will take over when it drops in October. Combining the visceral, tense human vs. monster multiplayer gameplay of Left 4 Dead with an interesting asymmetrical hide-and-go-seek twist, Evolve is poised to be one of the best games of 2014 and one you definitely won’t want to miss.

3.) Fallout 4 – War…war never changes. And neither does the perennial rumor that Bethesda will announce a sequel to one of its most beloved RPG series ever. But with the steady stream of leaks and the rumor mill working overtime, I’d say there’s a fair chance that we could get our first look at the most anticipated post-apocalyptic game of 2014. In the meantime, I’m keeping my fingers crossed that it’s going to be set in Boston and practicing the best ways to take down Super Mutants.